The University of Washington hosted the regional in Seattle on February 10-11. Twenty-four teams from 12 colleges and universities competed. Chemeketa was the only community college in the tournament. 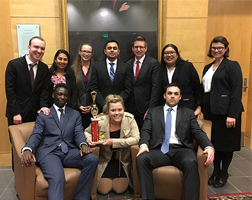 The Chemeketa team will compete in the Opening Round Championship Series in Los Angeles, California on March 10-11.